>Error: The body was too long. 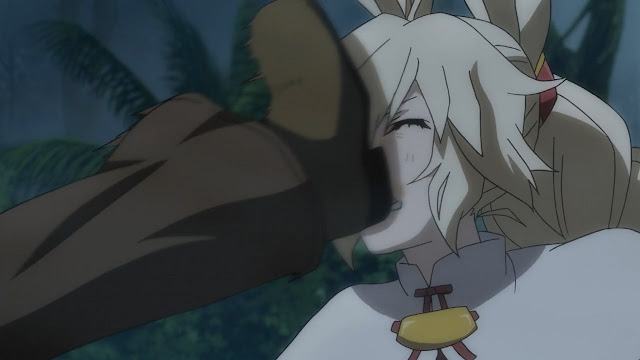 Looking at the cast nobody there seems to be good at thinking. Hime-sama is just such an extreme outlier of dumb that even Puke-chan manages to look like a genius.

>>11926
She's just totally insane. Also I am still not sure what's with her "I never did anything without maids except that one time when I was running for my life during that insurgency".

That aside, the explanation about the fog was bullshit. If you raise the temperature of a given region over the course of time, other stuff will happen, the first being mainly strong winds. A fog would be created in this manner if killing the user just instantly removes the added degrees by magic... but. Okay, let's split this into bullet points.

Two possibilities about the Saint's power:
First is that she came one month ago, raised the temperature, then let the air absorb moisture over that month.
Second is that she can't do the above, as assumed by the whole "without a barrier it'd be impossible to sway the temperature with a few degrees" deal. So she stacked the effect of her power over the course of that one month.
Assuming removing the caster would instantly remove the effect, it'd mean her power was... saturated in the air. That it was that saturation of Riura's power in the air that kept the temperature up. This is all nice and dandy, but isn't this exactly the principle on which barriers work? How does this not interfere with the other barrier set in that place? I guess they can pull out of their asses some explanation about how the two saturations are on different planes, with the Fog Saint's barrier being in the ground, while the Sun Saint's power heating the air from above. But this is insulting to my sense of three dimensional thinking. Also, it'd mean that they can fly out of the fog prison, and I'm pretty sure there are fiends who can do that.
Now, if her power wasn't saturated in the air, it'd mean Riura did heat up the air. Gradually over time, probably, with the effect stacking, her power handling the cooling off by heat radiation to the surrounding territories and additionally heating up the air. But, see, "heat" is quite the interesting measure, as far as science goes. It's not like electrical charge. It's about the agitation of the particles that compose the environment. If her power wasn't saturated in the air, in epsilon neighborhood of every particle, it'd mean removing her power would not lower this agitation. So removing Riura would not instantly cool down the air. Instead, the environment will cool down the "normal" way. No winds would mean it will cool down by heat radiation mostly, and the effect of this will be really slow in the middle of the heated zone, while quite rapid at the edges. But we observed quick drop in temperature everywhere. What if the air some distance from the ground is still cold? Then the hot air below it will quickly replace it. If it wouldn't, hot air balloons would not work. So, winds, and actually not much of a fog, as the air next to the ground would be ... cold and dry. More likely rain, as the hot and damp air would cool down enough already some distance off the ground.

So yeah, I expect them to kill the bunny, then the barrier won't fall down, and then they will jump out of the barrier.
Actually, okay, I don't expect anything anymore. I'm all sorts of disappointed with the mystery aspect of this anime. But, having written this tl;dr, I must note: I don't care the least, Adlet is so fuckable that I already want an S2. Flamy too.
Posted by erejnion at 13:52

Email ThisBlogThis!Share to TwitterShare to FacebookShare to Pinterest
Labels: /a/, RMJVC, Rokka no Yuusha, tl;dr