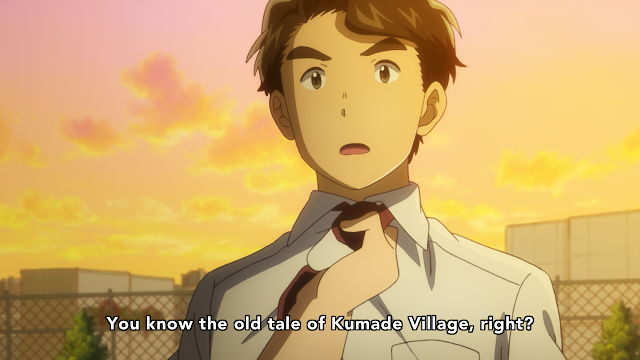 I can't even begin to explain why it's so wrong.

What's even weirder... they didn't really drive any moral point with it. It was a simple cause-effect: say something extraordinarily vile, the little girl gets mindbroken. End of story. What the hell? What the fucking hell?

That aside, at least now I'm somewhat relieved that my distaste for this arc doesn't come from the idolshit.

I'm back from London

You know, the difference between reasons and motivations when it comes to legislation is that... you can't really legislate against motivation. That'd be thought policing. Besides, motivation is never that important. People will always find an excuse if the right circumstances come together, and that excuse will later be called a "motivation". The result is that all you can do is legislate against the preconditions of the massacre. And I'd say in the case of Orlando the preconditions fall pretty much in line with any other mass shooting in USA: lack of even rudimentary gun control, mental illness, identity crisis, stuff like that. The deliberate cultural tension kept up between the West and the Muslim countries of the Near East probably didn't play much of a role, which makes Orlando fail the test of similarities with the preconditions of 9/11.
Posted by erejnion at 17:05 No comments:

Email ThisBlogThis!Share to TwitterShare to FacebookShare to Pinterest
Labels: politicking

How do I differ from a hardcore libertarian?

2) I don't care about collectives.
That includes corporations. Corporations don't have personal liberties, as they are not persons. The free market is also just a system to serve the individuals, not an essential right to be had. Of course, I'd disagree with a far-left radical nine out of ten times whether a given regulation helps or hurts the individuals. We've seen that a planned economy just doesn't work. Why the fuck are some people still trying it?

3) I think people are stupid.
Not always, mind you. But everybody has moments of stupidity every now and then. In this category fall state police, licenses to drive vehicles, gun regulations, and so on.

4) I think corporations are at least as evil as the government, if not more.
Ergo, we need a balance.

5) I think a corporation with the size of a government will be as effective as a government.
Ergo, stop thinking corporations are a panacea to bureaucracy.

6) I have the right to survive.
This ties in to health care, state monopoly on violence, and... generally everything I mentioned in "people are stupid" too.

7) I think the government can generally be tricked into increasing our quality of life.
And should be.
Considering the financial system and the market, there isn't a given set of regulations that will always increase our quality of life. It's the opposite: these regulations should be introduced and dropped in a cyclical manner as to "mind the TPO", if you excuse my engrish. As they say, the only thing that separates the medicines and the poisons is the dosage.
Of course, the government itself won't generally desire to actually increase the quality of life of its citizens, generally speaking its desire would be to increase its own control over the situation. However, we've made our society such that we've rudimentary instruments of control over them, from voting to opinion pieces on the Internet. It may not always work, but given that you're smart enough, you'll figure out how to squeeze out an increase in the quality of life.

So, stop whining and use both the government and the corporations as a tool to better your life to the best of your abilities. You're a smart independent person, right?

over 9000) In the end, it's a question of balance.
The desired path will always swerve between the left and the right. However, as both the government and the corporations will surely be pulling towards a totalitarian dystopia, the citizenry has a duty to balance them out by pulling towards liberalism/libertarianism/anti-authoritarianism/however you want to call it.
Have fun.

Posted by erejnion at 19:24 No comments: