You'd think the first sentence would be the punchline I must confess that I am writing this review as a virgin (I'll let you decide whether I'm a Male or Female).

You'd be wrong.
Yes, you read that correctly. This sentence is just the beginning! Every following paragraph is even funnier than the previous one!

Read on if you want a detailed breakdown how every single statement is ridiculously off-the-wall wrong and opposite to reality. But I recommend first going through the entire review by yourself, because it's an absolute comedy gem, the likes of which we rarely ever see. 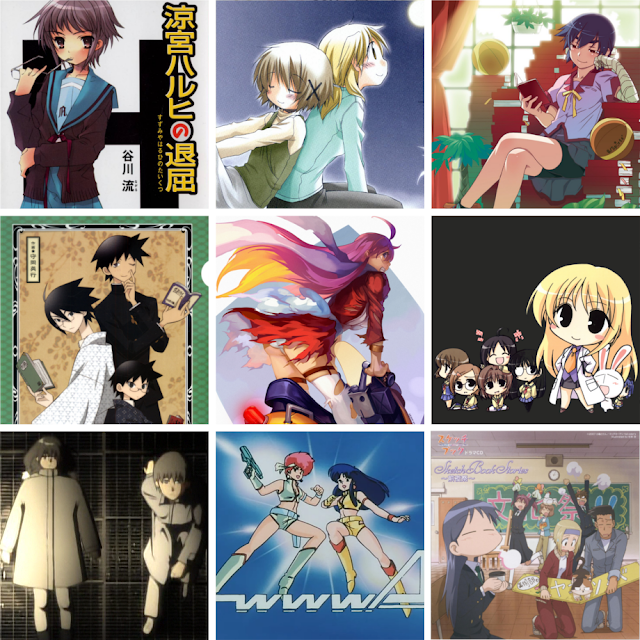 Email ThisBlogThis!Share to TwitterShare to FacebookShare to Pinterest
Labels: tl;dr

Posted by erejnion at 00:10 No comments:

Re: what do pro-piracy advocates actually think

On the side of the companies, they do what the shareholders know to be true and tried methods. Which in fact just artificially prop up an old and dying model. We won this fight in the music space, and now the music market is more accessible than ever.
On the side of the consumers it's loose and uninformed moral arguments that are propagandized by the companies and then regurgitated by everybody else down the line.
On the theoretical side it's about safe investments: second seasons and third seasons of successful franchises, reboots, shows that rely only on name recognition and nothing else, and so on. USA's market has relied on licensing for ages, and is exactly that: few truly new shows. This sort of titles, especially the unimaginative ones, are the ones that are actually hurt by piracy, as is confirmed by all studies on the matter. Major hits and niche titles generally don't see a difference, or see a positive effect from piracy. Japan instead has relied on BD sales, merchandise, and, well, whales. This means that shows that would be hurt by piracy never did well there anyway, or were not produced at all. One season is enough to sell the source material and the merch. However, Western people find that model hard to understand. Americans specifically are used to their own slow moving entertainment that does 10+ seasons of every even mildly successful title, until they've driven it into the mud several times over. So they can't comprehend an industry that isn't hurt, or is even helped by piracy. Thus the moral argument: "because this is how the American legacy industry works, surely that's the only possible choice for the Japanese industry too!"
If there's something that the pro-piracy side does not understand, it's that the Japanese industry is actively moving towards the American model of milking everything under the cash flow from overseas licensing deals. The pro-piracy side remembers what was 5-10 years ago. It's still not there. There's hope. If the American market moves towards selling the source material by using the anime, this movement of the Japanese industry could be reversed too. Besides, the actual creators will fight tooth and nail for their freedom too.
Posted by erejnion at 21:21 No comments:

Email ThisBlogThis!Share to TwitterShare to FacebookShare to Pinterest
Labels: tl;dr

-the harem
I think they keep the bunny as a fuckbuddy, but the rest of the girls get BTFO'd as bad influence to the children.

-poorly developed trope filled characters, the characters are largely defined by their tropes
The "500 year old vampire loli" archetype is way different from the "confident missus that manages the girls around her husband in order to make him happy" archetype. So, which one of the two archetypes is Yue?

-incredibly inconsistent protagonist
We didn't even see him before the fall. You can say that he doesn't get enough development, but not that he's inconsistent.

-bland story and worldbuilding
The effort at least is non-zero, which puts it above the average for an isekai. This mostly speaks for the low quality of the worldbuilding in the isekai genre. There are some works that put lots of effort in, but the average isekai doesn't really care for the world. Instead, it cares for the main character themselves.

-unnatural dialogue
All of anime is with "unnatural" dialogue.

-atrocious cgi
Yup. This is the joke. You are not supposed to take the battles seriously.

TL;DR: Arifureta is a comedy, yet you did not like its comedy. This is all you need to say, the rest of the arguments aren't quite there.
Posted by erejnion at 23:45 No comments: