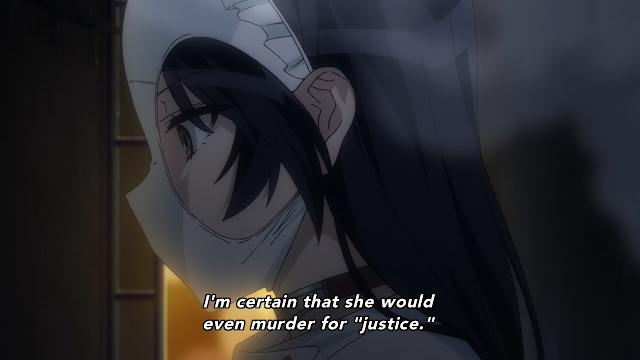 Shimoneta didn't actually start in an inspiring way. The possibility was there, but I thought they'd just keep to the comedy and harem elements. Instead, the whole series developed towards the social commentary.
Frankly, it's a perfect showcase of how to do this.

What are the main problems people have with the cultural libertarians?
First and foremost, it's the language they use. Shimoneta is BUILD around dirty language, one that is not considered "appropriate". And then makes sure to stomp in your face that the main characters are actually the wholesome ones. That the perverts are others. That the true perversion lies hidden below the repressive authority. That language doesn't matter much, and that you can be even more racist and sexist while you're policing the words others use.
Second, it's the association with the outliers. "But the racist/sexist/pervert/whatever is defending the same position as you, you are clearly the same as him!" The existence of White Climax is all about exactly this topic.
The third stems from the mindset that even talking about something can be harmful. The leitmotif of Shimoneta is about the opposite: that NOT talking about something is always harmful.
Fourth is that cultural libertarians are quick to write some things off as normal biological instincts. Shimoneta is quick to point out that no matter how much you engineer society to suppress these instincts, they will still find every opportunity to sprout.

I really can imagine what would be the comments about a real-life SOX in the West. After all, I witness these every day, in a culture where sex-negative feminism has taken the reins of online discussion.
Posted by erejnion at 19:37

Email ThisBlogThis!Share to TwitterShare to FacebookShare to Pinterest
Labels: Shimoneta