I am not sure how much I should write for this.

I mean, the plot is obvious in its core. He IS the Blue Knight, and he IS from the past of each of these girls. The comments about the first episode were of the sort, "Each and every of these girls have some 'main girl' characteristics". That's on the mark, that is on the mark, but... that's not all. The knitting club girl who is actually a goddess or something being the actual love interest isn't that surprising. The damedame actually being the one to wrap up every accident, preventing dangerous aftereffects, that's a common trope too. I don't even need to mention the animation, adaptation, audiovisual aspect. I remember the first scene of the Wizard Baristas bullshit. However.

However, that's not all.

And now you expect me to say what's that "all" I've been speaking about?
Haha, no, never! Through my dead body!

Having realistic, well-mannered, nice characters is... actually rare. They are usually either unrealistic or assholes, I guess. Having a girl being jealous over the main in the form of just one sour thought of "why am I not the one there?" is even rarer. Not to mention the boy acting all love-struck only with his actual interest. Not to mention memories coming up in an actual believable and nice way. Not to mention hearing the emotions in the voices of the seiyuu. Wait, that's normal... then, again. Not to... actually, you know what? Fuck it. The main characters have their cliches, yet fulfill them brilliantly and invigoratingly. Even the background characters are full of life. It is indeed a work of that wave after deconstruction, but.


If Kotarou really wanted to leave, I'm sure he'd've found a way to escape.

and then the bro ghost being completely honest, wanting to monopolize his attention.

I live for such moments in the fiction I partake in. And I am sure this anime will provide me a lot more of these. Sweet blessing of gods, that's why I still try to watch shitty series.


why are you still reading? 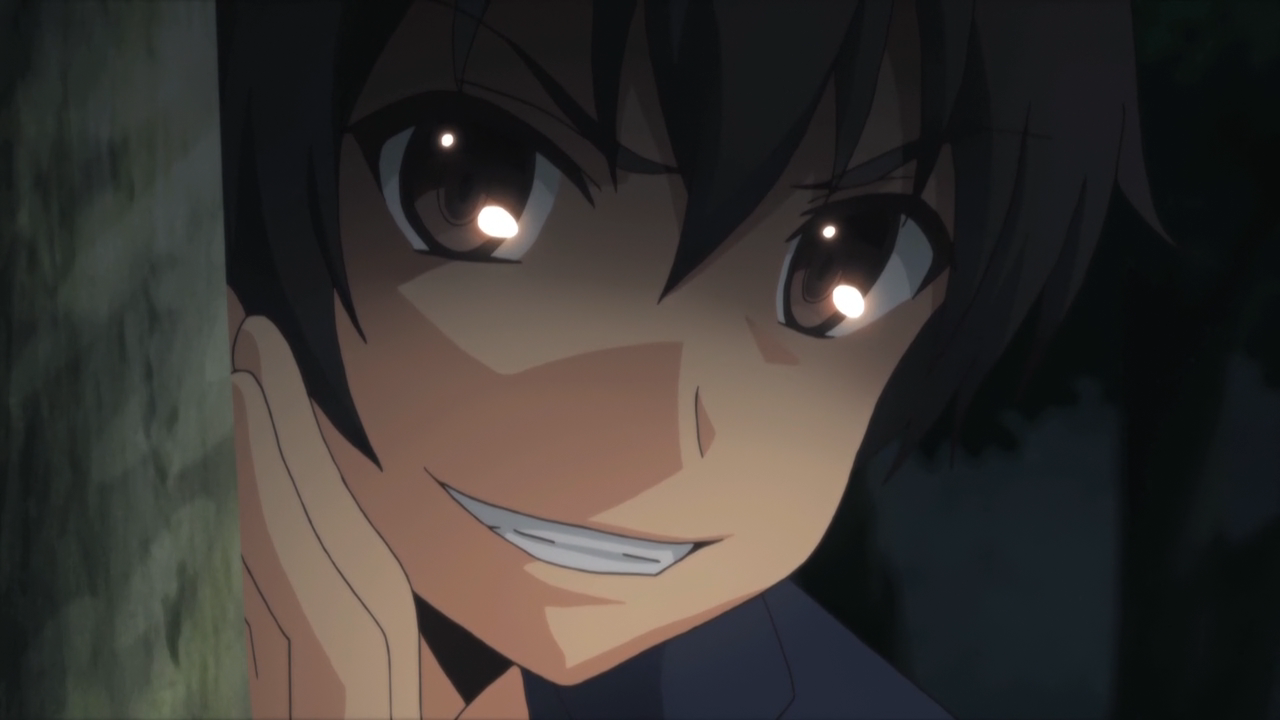 You know, from description this looked like an at best 5/10 series.The first episode exceeded expectations. I thought I may actually give it even 7/10!
The opening did not help. This sugary awfulness is there to create expectations, expectations to be subverted. Like Madoka's.
The ending certainly helped. Suddenly that hard-boiled stuff? I love it.
The ghost-centered arc was... well, in the end it was nice. Did not manage to stun me, though.
The school festival one, though? Wow. If this continues in the same spirit, I may actually give this anime 9/10.
What can I even say more...
Posted by erejnion at 02:55