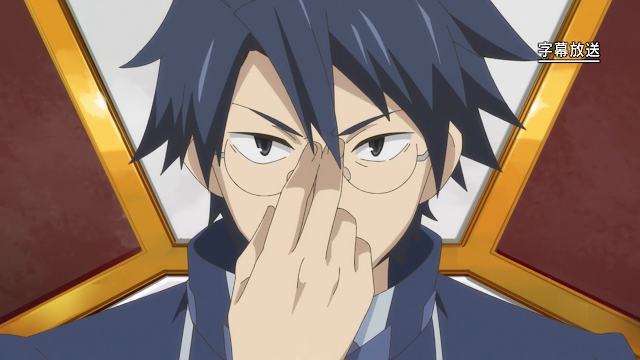 [7:37 PM] erejnion: ONCE MORE kagerisasu yuuki!
ONCE MORE yomigaeru loop!
NO MORE demo mada yamenai!
[7:37 PM] erejnion: just
[7:37 PM] erejnion: you
[7:37 PM] erejnion: wait
[7:45 PM] Athena Minamimoto: :PatYue:
[8:07 PM] erejnion: well, the main conflict of this season will be about what is the core of authority and trust in a governing apparatus
[8:09 PM] erejnion: the presumable answer it will reach is a social contract combined with stability and monopoly on power... with the last part being especially interesting in the Log Horizon world, considering the vastly disparate levels of the players.
[8:26 PM] erejnion: The Round Table was Shiroe's answer to monopolizing power, as the most basic need of a governing apparatus. However it lacks stability, as its flat structure is too prone to any shocks. Hierarchical structures are the only way humanity can operate in exactly because of the need to deal with shocks. And it lacks a true social contract. It IS the most fitting first form of a government, as that's basically how a true mmorpg server functions: the major guilds always have a shitton of internal politics on the server. However, it also works only because players - and whole guilds - can just ragequit the server. The option to ragequit IS part of the social mmorpg contract. This episode already demonstrated the rift between people who don't really want to engage in the game-y elements of their world and the basic ideas that the major adventuring guilds were implementing. So there is a dire need to change this social contract and to make the governing less dependent on guilds. However, at the same time, this is at odds with the monopoly on power, as power really is in the guilds. Thus I suspect the system they will reach will be a combination between elected positions, specialist positions, counterbalanced with guild-appointed overseers with veto power. Probably also a parliament with two chambers: one elected and one representatives of guilds above certain membership.
Posted by erejnion at 20:53