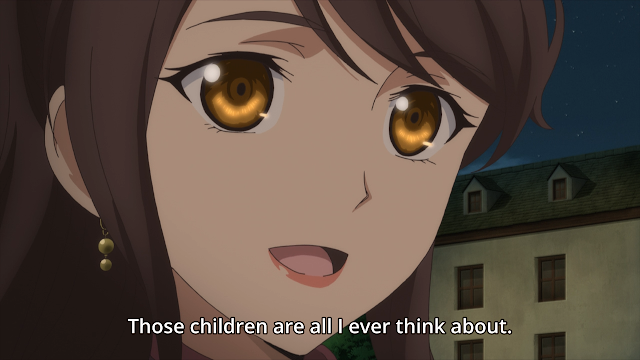 I… think the beginning of the anime was Wel clearing out the Enchanted Forest for the sake of w/e. So I guess we know how this ends.

But I hope they don't oversimplify the transition of power. I do get the opposite side of the coin, after all. Wel is quite the easy to use figure. It's not that the brother is despotic - the lack of resources is just reality in that domain. It's that the villager chief wants to use Wel - and Wel's wealth that Wel demonstrated. This is not a sustainable model. And on the other side of the chain, the king prefers to have the easy to use Wel there, where he is dependent on taking jobs from the king in order to finance his poor otherwise domain. This way he's at the same time establishing somebody who will not conspire against him, and limiting the connections Wel has to others, so that these others can't use Wel, AND ensuring Wel has to come back to the king for jobs instead of running away somewhere to adventure freely. In fact, Kurt is probably the only one in the family who truly knows this part of Wel's nature, as he was the only one who noticed that Wel hided his magic in the past. So of course he'd be the one worried and would try to use Wel to ensure as much independence from the Crown as possible - like the demand for a 50% cut. To begin with, the domain is poor because of geography, not because of mismanagement: it's too far from the trade routes and the danger of the Enchanted Forest makes it really hard to expand or to do any serious new business. It's basically not much more than an outpost. And they lost a lot of men in that expedition in the past which made everything even worse.

Of course, that same beginning of the anime shows what Kurt definitely is not realizing: that Wel is so overpowered that he can actually turn the domain into a profitable one, independent of Wel's adventuring profits. With such powers the domain can actually get much larger, as it's basically a frontier domain. This means that Kurt could probably get part of the newly expanded domain if he plays his cards right.