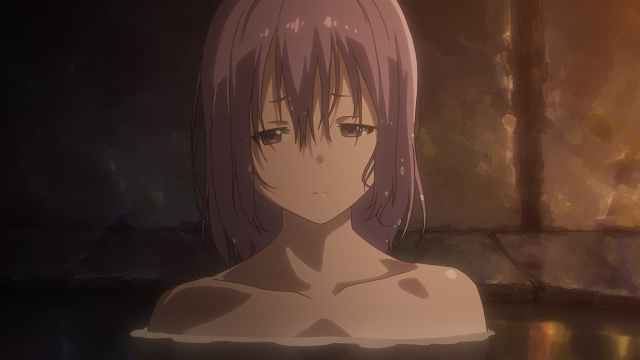 erejnion: the people behind grimgar somehow lost what exactly they wanted to do
Bogdan: ..what?
erejnion: the start was a somewhat nostalgic and slow slice of life
erejnion: now it seems like it genuinely tries character drama, action, and worldbuilding, and... it's lost
erejnion: first
erejnion: as worldbuilding the setting fucking sucks
erejnion: they simultaneously kill the idea of a mmorpg-ish world with the no-ressurection rule
erejnion: and kill the idea of a more classical dungeons and dragons setting with the way the skills work
erejnion: AND kill a traditional fantasy setting with the zero focus on why the fuck the situation is the way it is
erejnion: seriously
erejnion: it makes no fucking sense
erejnion: they actually pay some attention to the fact that the enemies are also living thinking beings
erejnion: but we don't see any THINKING on their side. no politics, no strategical formations
erejnion: on the human side either: in such a world it's the job of the army to deal with such encampments
erejnion: such small groups can't hope to achieve anything
erejnion: yet, as we go back, it foresakes the constraints that a mmorpgish world or D&D world would place so that we can have typical party adventuring.
erejnion: second, characterization
erejnion: Mary really kills everything with this focus on her ptsd and emotional balance
erejnion: okay, not exactly
erejnion: the focus is on MC's gaze
erejnion: the anime is supposed to follow what the MC cares about
erejnion: frankly, the audience would be much better served if the series split the PoV between everybody
erejnion: the Death Knight is obviously the most interesting character, as all the rest are meek
erejnion: Mary could have brought more flavor, being an ex-meek character, but she goes instantly back to her meekness
erejnion: but we have a focus on Mary's meekness, and the DK is just a source of annoyance.
erejnion: MC doesn't actually try to understand the people around him
erejnion: there's some of it at one episode, but he's so far away from this idea that even a step in the right direction doesn't really manage to do anything
erejnion: so, because MC doesn't try to get under their skin, and because the PoV is stuck with him, we are left to wonder who the fuck are they
erejnion: so we feel no emotional bond with them
erejnion: I'm not sure MC feels an emotional bond with them - besides obviously Mary
erejnion: Mary is shit, tho, so all is lost there
erejnion: so, all we are left with is to admire MC's body.
erejnion: And the action.
erejnion: there's the music, but... almost no choreography
erejnion: still shots is all we get
erejnion: frankly, I'd be happier if we got any information on their dungeon runs only from flashbacks while they do their laundry or something.
erejnion: either way, I will probably finish it, so that's enough complaining. Now for ep 11
Posted by erejnion at 23:04

Email ThisBlogThis!Share to TwitterShare to FacebookShare to Pinterest
Labels: Grimgar