Oh god no what the fuck are you doing with the green tea?!!! 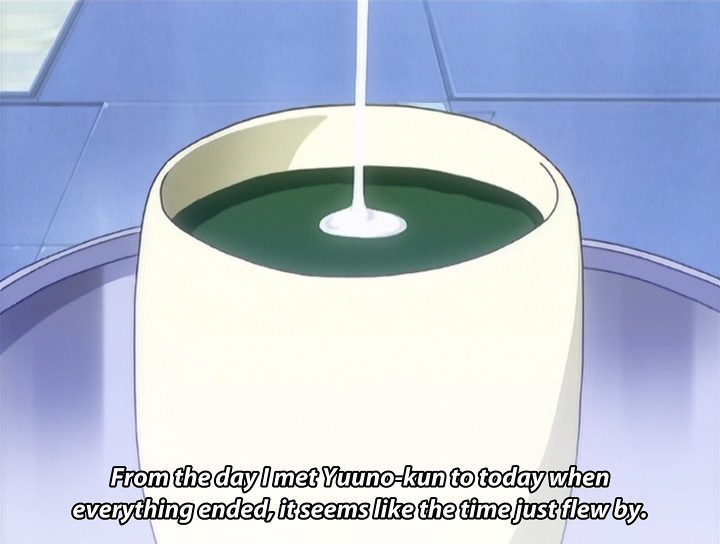 Anyway, tea issues aside, everything would have been much easier if not for that bastard Shinbo.


Changing the topic to some random titbids.

The unimportant details, like the tea, and how the boy was trying to get rid of the ahode of the crewmember? These were probably the best part of the anime.
Where do you think would have Rakan ranked Nanoha and Fate? I'd say, both of them at nearly 1500? Starlight Breaker didn't seem more powerful than the main cannon of a destroyer-class warship. And definitely nowhere near Chachamaru's kitty orbital weapon of doom.

The last three episodes if Eva was there: Eva goes to the castle, with her first spell gets rid of every doll on the premises, then proceeds to cumberstomp Fate's mother in the matter of several minutes.

I need to find the chart about Nanoha enjoyment again.